ICNC Director of Economic Development Ben Spies is quoted in a Chicago Tribune column on development exceptions being made to the Fulton Market Innovation District Land Use Plan.  The plan, adopted by the city in 2014 with the support of ICNC and other community groups, is a well-considered set of guidelines intended to steer responsible development in the booming Fulton Market area.  Carving out exceptions for certain development projects could end up undermining the plan as a whole. 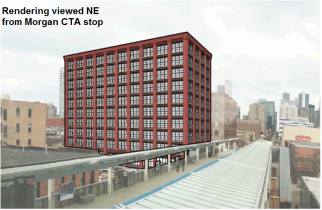 ICNC spoke against the development of an 80-unit residential building at the northeast corner of Lake and Sangamon Streets at a community meeting on July 7. The proposed development is within the boundaries of the Fulton Market Innovation District Plan, and is at odds with the plan's restriction of new mid-rise residential development from the north side of this portion of Lake Street.  Director of Economic Development Ben Spies is quoted on the proposal's relation to the plan near the end of the article.

Article examines the precedent set by amending Planned Manufacturing District boundaries, and the ramifications this can have on other industrial corridors throughout the city. ICNC Director of Economic Development Ben Spies is quoted and shares job growth figures in PMD #4. Story by Patrick Sisson of Curbed Chicago.

ICNC Director of Economic Development Ben Spies is quoted discussing the the consequences of shifting the boundary of Planned Manufacturing District No. 4 to accommodate a proposed hotel. Story by Ryan Ori of Crain's Chicago Business.

CHICAGO April 15, 2015 – Despite continued opposition by the Industrial Council of Nearwest Chicago (ICNC), City Council today passed an historic amendment to the geographic boundaries of Planned Manufacturing District #4, a one-square-mile area of protective zoning for industrial uses on the city’s Near West Side.  The ordinance, sponsored by 27th Ward Alderman Walter Burnett, Jr., removes approximately 5000 square feet from the district by request of developer Sterling Bay, to accommodate a proposed hotel at 311 N. Morgan Street.  Hotels are a prohibited use in PMD 4.

ICNC and its member businesses warn that this decision will inspire harmful land speculation and similar requests from developers looking to sell for more lucrative, barred uses.  They fear that what had been a safe district to conduct industrial and compatible business close to downtown could one day cease to be a destination for new and growing companies.

“This ordinance sends a clear message to developers and land speculators that they can modify the PMD when it’s not convenient for them,” says Steve DeBretto, the organization’s executive director, who also spoke in opposition to the ordinance at a public hearing.  “The protection that industrial employers rely on is being eroded under the push by a few investors to maximize their land values.”

According to the U.S. Census Longitudinal Employer-Household Dynamics, PMD 4 added nearly 5300 jobs, or 69% growth, from 2002 to 2011, the latest year for which these figures are available.

“The data speaks for itself,” says ICNC director of economic development Ben Spies.  “The PMD is creating jobs every year and performing the way it was intended.  It makes no sense why the city would put this at risk.”

ICNC is a nonprofit organization representing 400 member businesses on the Near West Side, including all of PMD 4.  Its mission is to strengthen the companies in the Kinzie Industrial Corridor and to facilitate economic and community development.  More information is available at www.industrialcouncil.com. 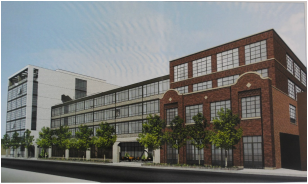 ICNC is now actively fighting a proposed hotel development at 311-337 N. Morgan St., across the street from the Google site in the Fulton Market.  The proposal by developerSterling Bay calls for approximately 5000 square feet of land area to be zoned away from Planned Manufacturing District #4 (PMD 4), where lodging is a prohibited use, to make room for the hotel.  Alderman Burnett has submitted this zoning ordinance, which passed City Council on April 15.  This type of change is unprecedented in PMD 4, and sends the clear message to developers and land speculators that they are able to dictate the boundaries of the district to suit their individual investments.


Why This is Important

PMD 4 was established in 1998 to prevent the loss of jobs from the Kinzie Industrial Corridor by establishing a safe district in which to conduct industrial and compatible business, free from residential, large-scale retail, and other incompatible uses.  From 2002 to 2011*, the latest year for which this data is available, employment in PMD 4 grew 69%, and the district was 2.5 times more effective at retaining jobs in industrial categories (manufacturing, wholesale trade, transportation and warehousing, construction) than the city as a whole.   In the section of PMD 4 east of Ogden Avenue (where the site in question is located), employment grew 121% while employment in industrial categories grew 33%.  In short, despite some developers’ talking points, PMD 4 has been successful in growing industry and employment within city limits.

However, PMD protection is only effective when it is recognized as ironclad, and losing even 5000 square feet can be hugely harmful.  Right now, in PMD 4 and other districts under development pressure, land speculators are sitting on viable industrial sites waiting for the day they believe this zoning protection will be removed.  Growing, goods-producing companies are increasingly unable to locate or expand here, where they are being priced out by investors looking to develop or sell at inflated rates for uses that are not permitted.

How this Affects the Kinzie Corridor’s Growth

If this project goes through as it is now proposed, it demonstrates that PMD protection is negotiable, and that developers have the power to dictate land use policy to the city.  We can expect to see a flurry of similar requests and speculative land purchases in the district if that is the case.  The stock of available industrial real estate will shrink, growing firms will be priced out of the neighborhood, and larger and larger omissions from the PMD will be demanded.  Given the 13,000 jobs* located in PMD 4’s one-square-mile area, it is striking that the city would approve a change that puts so much at risk.

How You Can Get Involved

Please join ICNC in contacting the Department of Planning and Development, Alderman Burnett, and the Chicago Plan Commission to say that they must reject any hotel proposal at 311-337 N. Morgan that encroaches on PMD 4.  To speak for the PMD alongside ICNC, or to find out how else you can help, email ben@industrialcouncil.com.